Posts from the ‘American Politics’ Category

House Republicans are staking themselves out as considerably more conservative than their duplicitous invertebrate counterparts in the Senate. The GOP in the Senate recently passed a “compromise” bill that would see Americans chuck out another trillion for left-wing goodies, including increases or only slight cuts in numerous federal programs. But the House has since denied the Senators their holiday stocking stuffers.

END_OF_DOCUMENT_TOKEN_TO_BE_REPLACED

“Everything Obama Knows About The Economy” Book Left Totally Blank

Tennessee banker Jimmy Moncrief just self-published his first book — a 150-page stunner called “Everything Obama Knows About the Economy.” Those who buy it won’t have much to read: Every page of the book is blank. No matter: Moncrief has already sold hundreds of copies as Christmas gag gifts.

My only question: Why just the economy?

Recent polling shows that far more Americans believe their country is heading in the wrong direction under Obama than at any time under Bush. Currently, 23% say America is heading in the “right” direction, and 71.2% believe we are going the wrong way – a 49 point gap. The widest negative spread under Bush was 34 points in November 2007.

END_OF_DOCUMENT_TOKEN_TO_BE_REPLACED

Rumors abound that former Secretary of State Condoleezza Rice may be interested in getting back in the “political game,” as the Washington Times put it. Republicans should be very wary of reports that the academic and civil servant would seek a makeover into a sloganeering politician.

Although Ms. Rice has the capability of wielding a fierce and feisty intellect in debates against the left, she also values her privacy and integrity. Despite vicious attacks on everything from her race to her sexuality (GOP opposition would be sure to exploit these baseless rumors as well to chill the Evangelical vote), Rice has tended to stay out of the limelight, addressing her character assassination through books, rather than public appearances.

The looming question is if conservatives are itching to turn to an associate of the Bush administration, a relationship that the left is sure to demonize and fear-monger to the utmost, for strong and sure leadership or if people desire fresh faces to deal with seemingly unprecedented problems. Newt Gingrich‘s sudden popularity shows that the conservative base has no problem turning to the past, but the former Speaker is associated more with the relatively positive 1990s than the media-tainted War on Terror.

Condoleezza would be a fairly good but flawed choice for Vice President. That being said, she believes in the global warming claptrap, and stood to profit on cap-and-trade at one point.

Regardless, I am doubtful she would remake herself to run for office, or put herself through the grinding mill of the left-wing screech machine. Conservatives have been disappointed time and time again by the lack of GOP candidates to step forward and take our national crisis seriously, and I presume that we are going to be disappointed once again with this flimsy hearsay.

Alexis de Tocqueville’s Democracy in America is a book that is to be “chewed and digested,” as Sir Francis Bacon wrote of classic works. So when in the course of slowly perusing what the distinguished French statesman had to say of the perils impending in America, should our populace opt for government centralization, it bears taking notice.

END_OF_DOCUMENT_TOKEN_TO_BE_REPLACED

Rainbow Six Patriots is an action game generating some buzz for its plotline of opposing a counter-terrorism task force and a violent terrorist organization comprised of American citizens. Though the terrorists in the game are distinctly fighting for the class warfare cause, it can be imagined that the terrorists are right-wing militia or “tea baggers.”

The real problem is the U.S. government spending trillions in money we don’t have. Sensible Americans have lived in terror for the last three years, thanks to the non-stop spending binge of Washington, unmanageable debt, rampant unemployment, more undeclared aggressive wars, and infringements on our civil liberties. We need to worry more about the Feds, the Dems, and the RINOs than the street rabble.

Enjoy the game, but don’t get too absorbed with the concept of shooting fellow American citizens who may be confused about the current political situation.

What the GOP Candidate Needs to Do In Order to Win

Considering that the current GOP frontrunners are moderate, big government squishes, it’s time we conservatarians start thinking outside the box. Although I’m not big on social conservatism (don’t get me wrong, I loathe progressivism), I’d be willing to give such candidates as Bachmann, Santorum, and Perry another look if one did a number of things:

1. Concentrate on the economy first. Blast Obama’s horrible record. Say what he or she would do to fix unemployment.

END_OF_DOCUMENT_TOKEN_TO_BE_REPLACED

One of the latest spoofs by Misfit Politics.

This Conservative Barely Agrees with the GOP 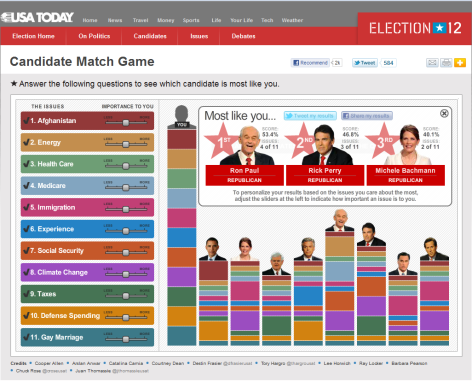 I am a staunch conservative. Not a crazy conservative, but an ideologically consistent one. And the GOP candidate I agree with most is Ron Paul. And I don’t really agree with him on foreign policy. That’s a problem.

I also agree with Barack Obama as much as I do with Michelle Bachmann. Awesome.

Take the quiz yourself at USATODAY and post your results below. 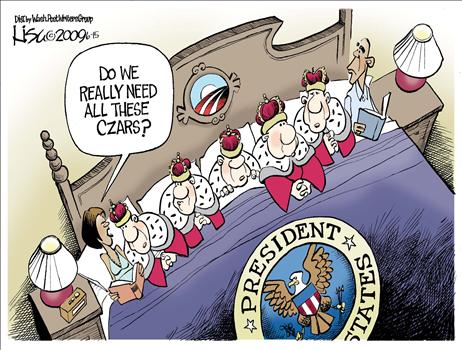 The U.S. House has passed a budget containing language that would strip President Obama of his stable of unelected, unconfirmed “czars.” The $1 trillion budget also contains a provision forcing Obama to make a decision on the Keystone pipeline within 60 days.

Although the measure is expected to pass the Senate, President Obama may resort to his bag of tricks and pull a signing statement overriding the bill’s language.  As the left liked to point out about George W. Bush’s use of the maneuver, the practice is widely considered to be unconstitutional.

The U.S. House approved a $1 trillion spending bill on a 296-121 vote to fund the federal government’s operations through Sept. 30. As part of a compromise struck late Thursday, the funding bill specifically prohibits “czars” related to health care, climate change, the auto industry and urban affairs.

The Senate is expected to pass the measure on Saturday.

This is what the Republicans should have been doing since they took over the House. Try to force Obama to veto otherwise popular legislation or popular provisions of legislation. This puts Obama on the record as adverse to real job creation and economic growth.

The Open Internet is History if Congress Gets Its Way 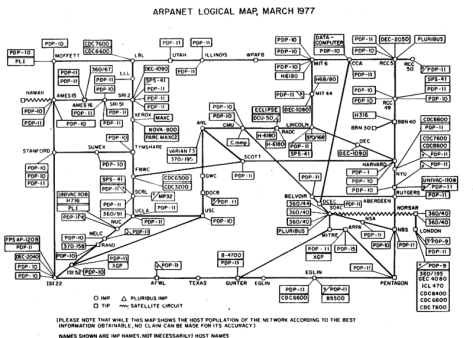 Great ideas flourish in freedom. Such is the case with the history of the Internet, which went from a limited defense-oriented model adopted and adapted by the Pentagon to secure information through diffusion to the commercial engine of the Information Age.

But with great success comes an overwhelming temptation for the state, an institution founded on coercion and theft, to exploit whatever is making a buck and to shut down or otherwise control whatever it deems to be a threat. Open communication and open commerce are the antithesis of the authoritarian state, and the Internet’s shining success is a rebuff to the statists who propagate the lie that anything they don’t control is doomed to failure. END_OF_DOCUMENT_TOKEN_TO_BE_REPLACED

Talk show host Adam Carolla and comedian Larry Miller discuss the Chicago Way of corruption in the Obama administration. Carolla’s contention is that today’s politicians are still living in a 1940s world, not fully understanding the nature of modern media.

A thought-provoking idea by Carolla is to start paying politicians more to “go straight,” as his sidekick Allison commented. My proposition is that all Americans in a district contribute one dollar to politicians to remain faithful and not take bribes and kickbacks from corporations, unions, and other special interests. An honest president could retire after four years as a billionaire.

Tim Tebow is a football player, and a gifted athlete. Rick, you are a bad politician with a bad haircut and worse debating skills. If there is a God, He doesn’t care about Denver Broncos football, and certainly trying to derive some vicarious benefit from the St. Tebow phenomenon will get you nowhere but a few laughs on late night television.

Stick to the subjects: the manmade climate change hoax, illegal immigration, gun rights, Obamacare, spending and the national debt, the horrible economy under President Obama, and what you would do to ease unemployment. If you want to proselytize, go to Church.

The Deadly Double Game of Using Religion for Political Expediency: How Mainstream Media Have Gone Medieval 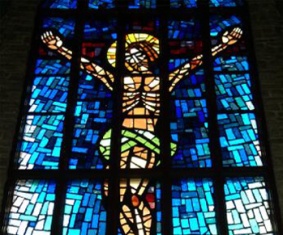 Reading through world history, it is fascinating to find precedents for the manipulation of public opinion. One of the most effective techniques has been the employment of religious sentiment to sway not only the public, but the kings and nobility. Such tactics bear striking resemblance to the mainstream media’s attacks on American political candidates who claim the religious mantle for purposes of political expediency.

The use of religion to bolster the political legitimacy of the ruling class is as old as the first ancient civilizations, such as Sumer, Akkad, and Egypt. But the relationship between the ecclesiastical caste and the kings has always been tenuous: the king-makers could become the king-breakers. What kings required from religion was two-fold: to instill widespread fear and mortification in the masses, either by the king claiming that he ruled on behalf of god or actually was god, and to give the slaves and helots something to look forward to in the afterlife, after they had been used up by the king and the nobility.

END_OF_DOCUMENT_TOKEN_TO_BE_REPLACED

Harvard students polled by the university believe President Obama will lose in 2012. US News & World Reports:

More bad news for President Obama, this time from his alma mater, Harvard University. In a new poll, more younger voters, many of whom voted for him in 2008, think he will lose next year.

“This survey may well serve as an ominous sign for Barack Obama’s 2012 chances and the political engagement of America’s largest generation,” said John Della Volpe, polling director at Harvard’s Institute of Politics.

Obama continues to bleed in several demographics, save for the black vote. Such doesn’t bode well for Obama, especially in swing states, provided that Republicans can capitalize by sending up a serious nominee.

And – are these young Harvard teabaggers possibly…racist?

Mark Levin on The Establishment

Before Obamacare, United States Already Spent as Much on Public Health as Many Europeanized Nations

This chart is not from some “right-wing” think tank like the Heritage Foundation, this is from the OECD – the Organization for Economic Co-Operation and Development.

If we factor in Medicare and Medicaid, not to mention WIC and other public health programs, it is easy to see how America was already blowing a ton of money on healthcare before Obamacare was passed. This despite the fact that all but around 15 million American citizens were insured or could afford health insurance. So we should note that in 2008, the United States was already spending more per person on public healthcare than Canada and the United Kingdom.

END_OF_DOCUMENT_TOKEN_TO_BE_REPLACED 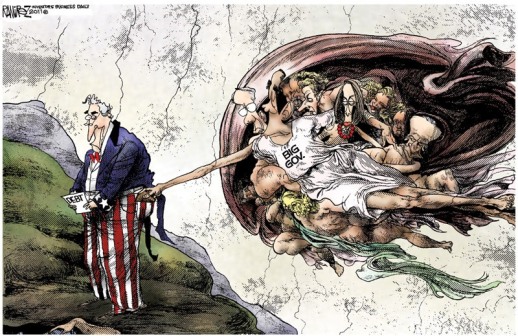 What’s the cost of living under Obama? In addition to the $12.6 trillion in government “revenue” taken in Fiscal Years 2009-2011, an average of 30% of GDP, the Federal Reserve has “lost” approximately $16 trillion in TARP, bailouts, and outright theft and redistribution.

END_OF_DOCUMENT_TOKEN_TO_BE_REPLACED

Now this is what a principled and sane political movement looks like.